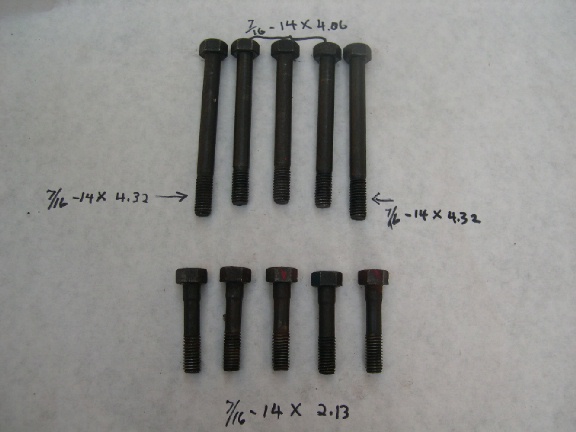 The problem did not exist until the 1956 model year at which time three different lengths of bolts were used; the five short bolts near the spark plugs remained the same 7/16’- 14 X 2.13. The three bolts in the center under the rocker shaft remained the same 7/16”-14 X 4.06”. The two bolts on the end of each head are longer 7/16”-14 X 4.32” for 1956 until the end of production of the Y block engine. These longer bolts must always be installed on the ends of the cylinder head. If they are misplaced and installed in the center area they will bottom before they tighten properly, resulting in a blown head gasket. If the shorter bolts (7/16”-14 X 4.06) are installed at the end of the heads they can strip before reaching their specified torque requirements.