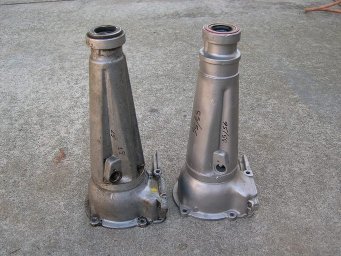 The identification of the Fordomatic transmission can be rather confusing. There are fifty eight configurations of the Fordomatic transmission built between 1951 and 1959 that could be adapted for use in the 1955 thru 1957 Thunderbirds. In most cases modifications are required, the shifter lever (P/N 7A256) must be changed and in some cases the kick down lever must also be replaced. The output shaft extension housing should be 16 3/4″ long. 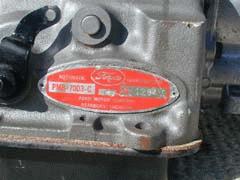 In 1960, 61, 62 the C/M transmission was not available. The following transmissions were available FM, FM 2, FX light duty, MX heavy duty. Most of which could be adapted to the 1955-57 Thundebirds.

In 1963 the C/M reappeared in the 1963 Thunderbirds it had a vacuum modulator to promote a smoother shift. 1963 was the last year the C/M transmissions were used. The following is a list of C/M transmissions I.D. number by year:

The following C/M transmissions can be found in trucks: